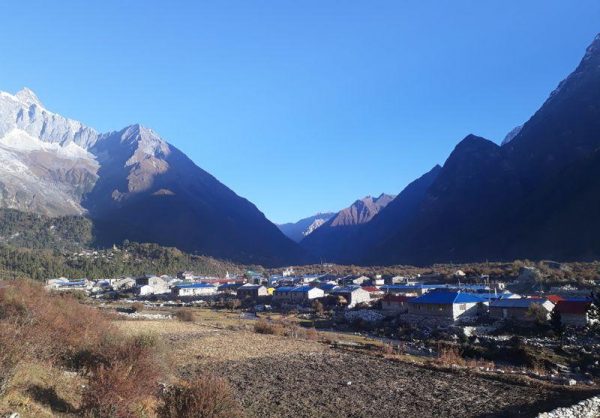 Nepal is a nation between India and Tibet known for its temples and Himalayan mountains, which include Mt. Everest. Kathmandu, the capital, has a mazelike old quarter filled with Hindu and Buddhist shrines. Around Kathmandu Valley are Swayambhunath, a Buddhist temple with resident monkeys; Boudhanath, a massive Buddhist stupa; Hindu temples and cremation grounds at Pashupatinath; and the medieval city of Bhaktapur.

The cultural heritage of Nepal has evolved over the centuries. This multi-dimensional heritage bounds the diversities of Nepal’s ethnic, tribal, and social groups, and it expresses in music and dance; art and craft; folklore and folktales; languages and literature; philosophy and religion; festivals and celebration; foods and drinks. Its culture is enormously diversed and mostly influenced by Indian culture and Tibetan culture. 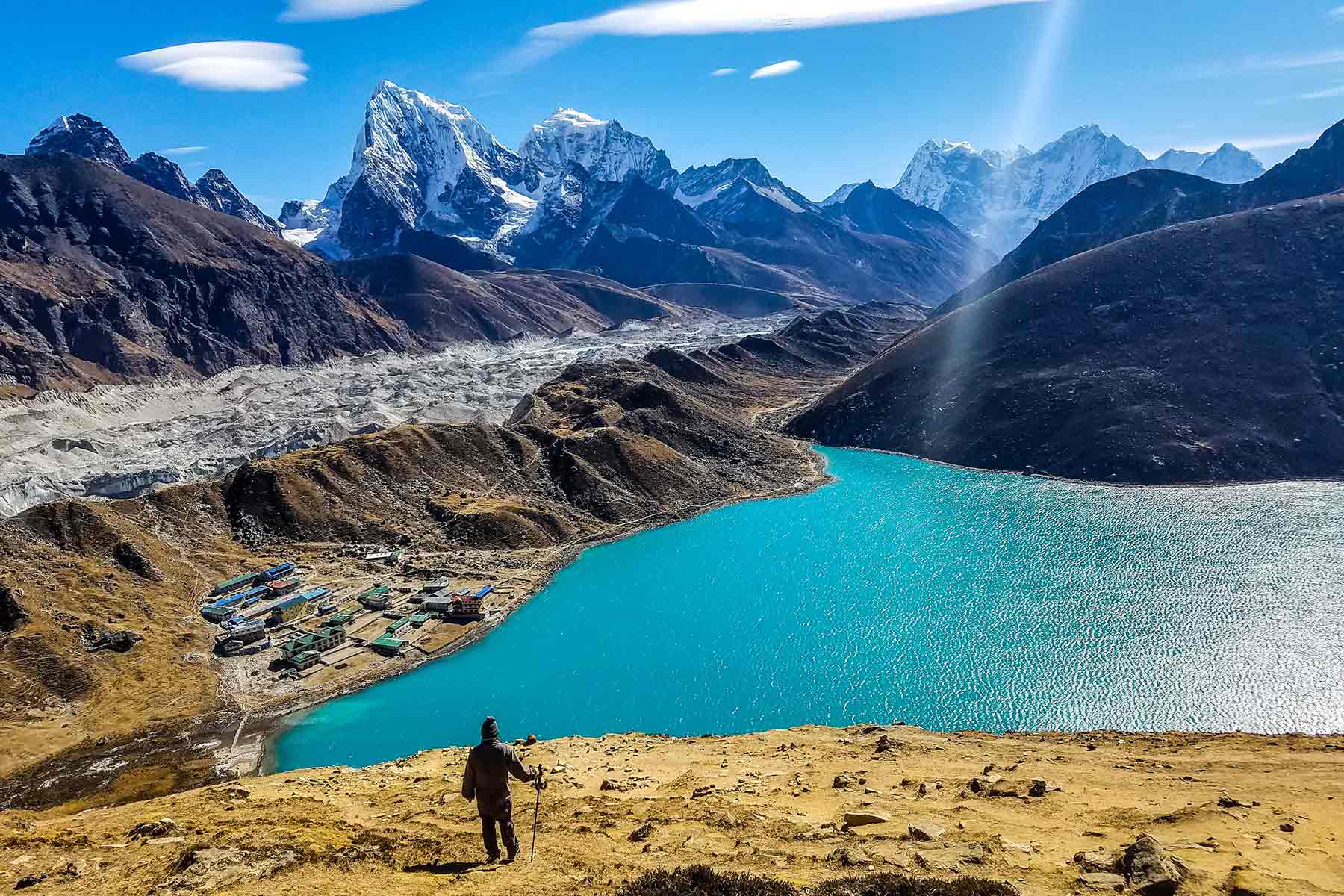 Everest Gokyo Lake Trek is one of the best trekking in Nepal for any travel lovers. Mt. Everest(8848 m) is the highest Peak in the world. Gokyo Lakes are oligotrophic lakes in Nepal’s Sagarmatha National Park, located at an altitude of 4,700 – 5,000 m ( 15,400 – 16,400 ft ) above Sea Level. These Lakes are the world’s highest freshwater lake system comprising six main lakes, of which Thonak Cake is the largest. Gokyo Village at 4,790 metres (15,720 ft) elevation is a major centre in the area. A visit to the area often includes climbing Gokyo Ri. The Gokyo Lakes are also part of an extended Everest Base Camp Trek known as the EBC trek via Gokyo Lakes. The Gokyo Lakes trek also has the added benefits of being a circular route as opposed to the Standard EBC trek which returns along the same trail. 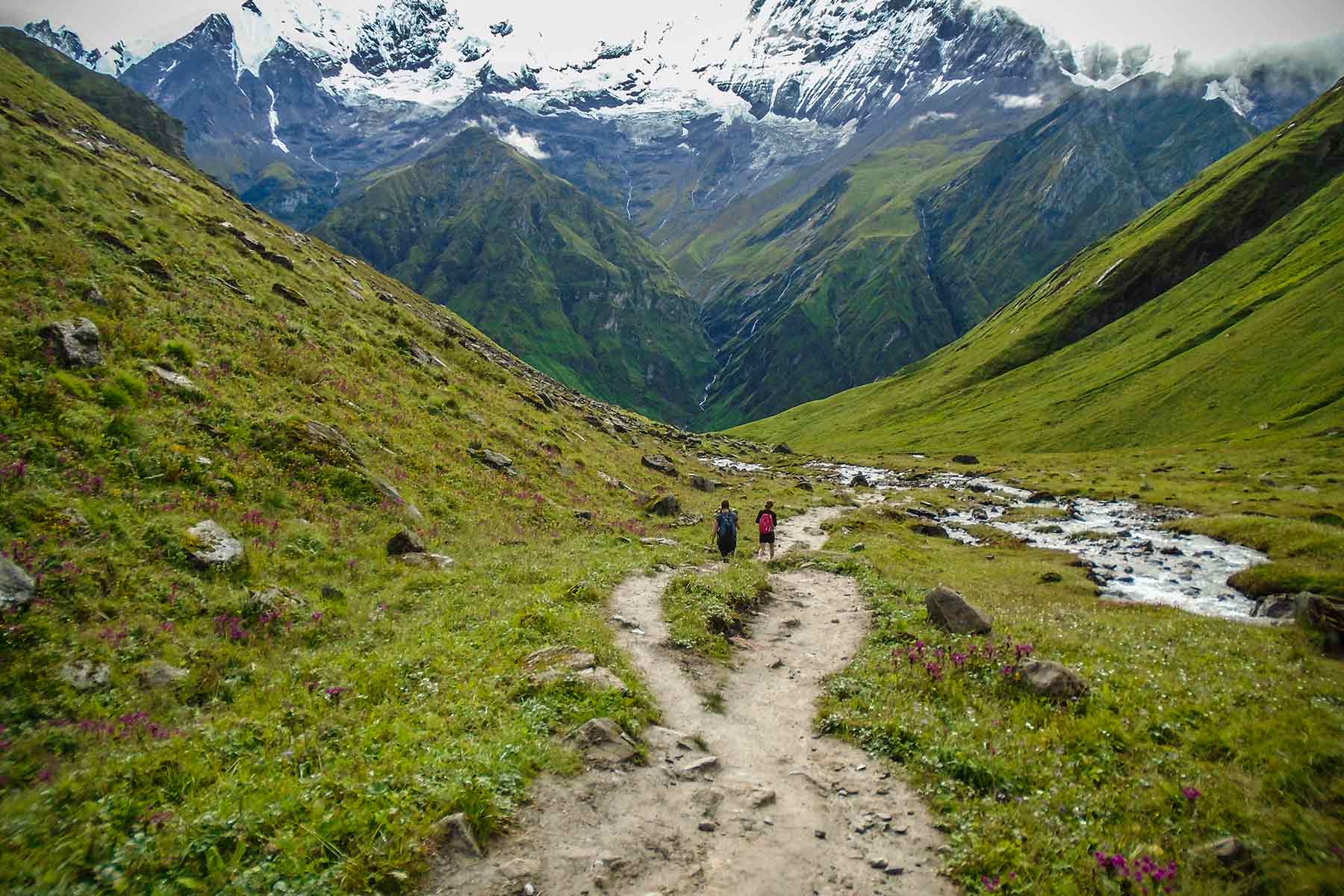 Annapurna Base Camp Trek is one of the best & short trekking destinations in Nepal. Annapurna Base Camp trek takes to the altitude of 4130 m. The trek gives the closest view of the Annapurna Himalayan ranges with an amazing view of golden sunrise and sunset at morning and evenings. Annapurna Base Camp trek takes us up to the base of the world’s tenth highest mountain Annapurna. From trekking to this beautiful destination, you will get the chance to explore the beauty of Himalayas, cultural & traditional lifestyles of People. Each part of the trek defined beauty of Nepal. The trekkers are welcomed by the innocent local Peoples of those area, natural species of plants etc. After the trek, you will get the answer of the question, “Why Nepal is so beautiful?” You will get eternal happiness by exploring the beauty of Nepal. 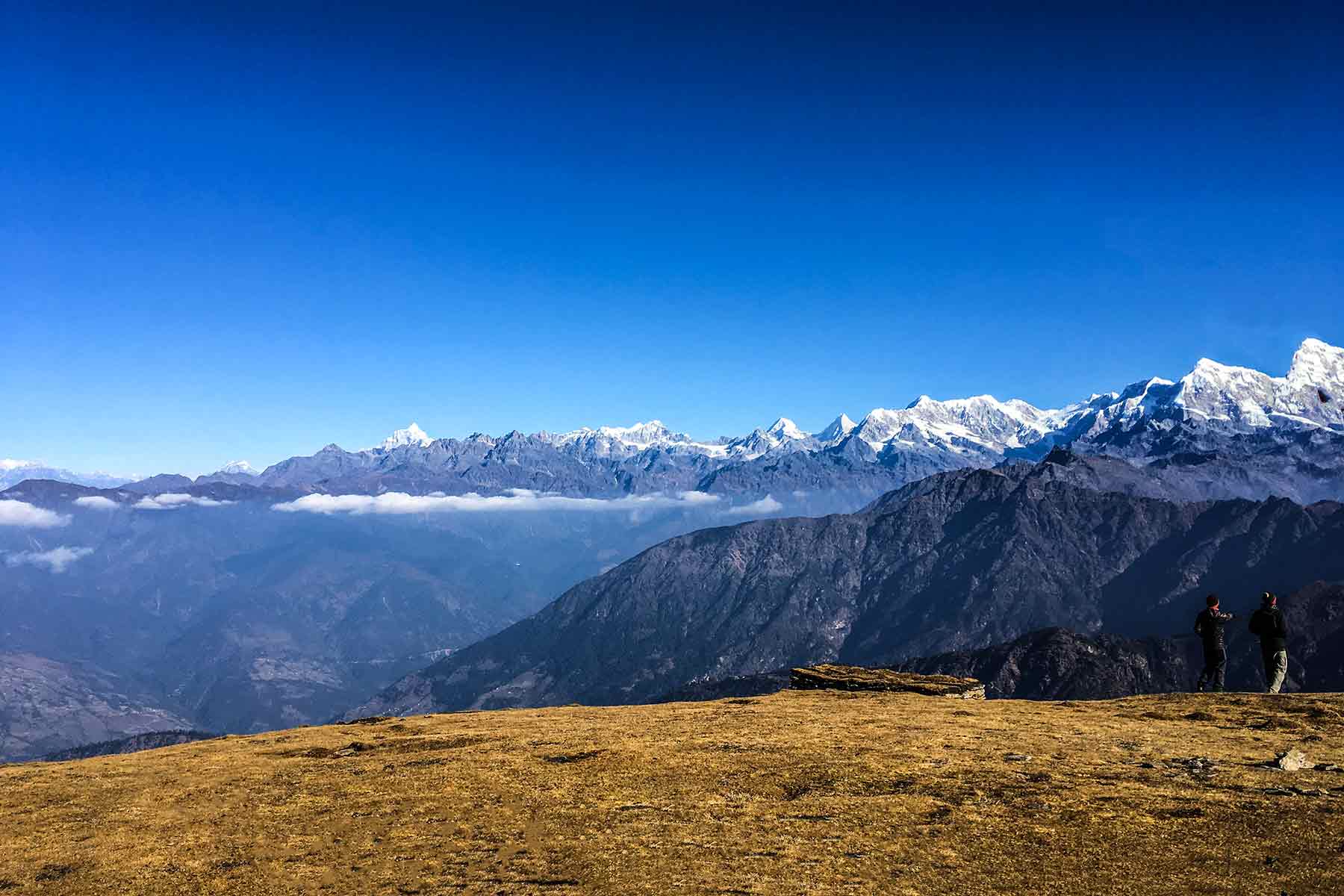 Pikey Peak Trek is one of the best hill top to see the panoramic view of Mount Everest. In the best Meteorological conditions time, the Pikey Peak( 4060 m) offer best sunrise and sunset panoramic view of Everest and more Himalayas range with the deep green valleys. Pikey Peak is the Sir Edmund Hillary’s favorite point to explore the beauty of Mt. Everest. Pikey Peak Trek is an amazing experience which takes place in the khumbu region of Nepal. From this trek, you will get the chance to explore the cultural lifestyle of Sherpa Community , beauty of remote Sherpa community villages. Pikey peak Trek is the new & short trekking route to Everest . This Trek is suitable for both beginners and experienced trekkers. 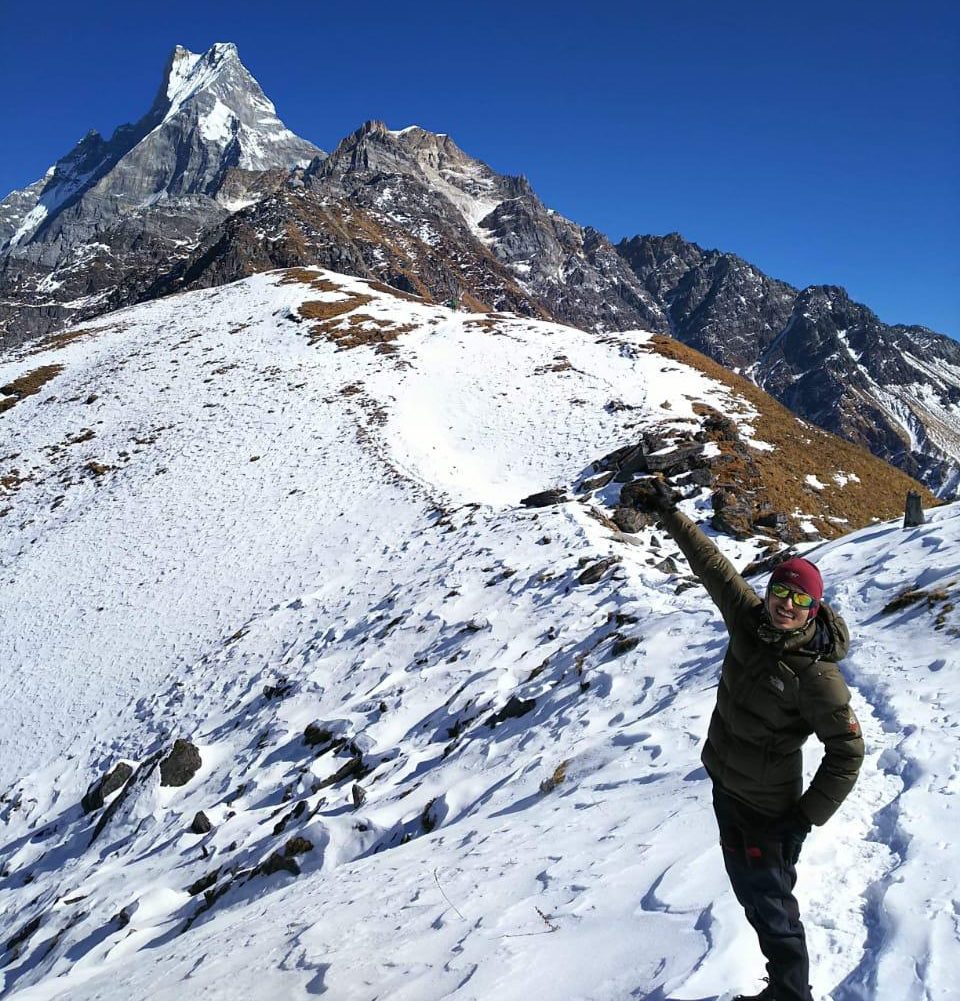 Mardi Himal Trek is a 5,587 peak beneath the much more prominent Machapuchare in the Annapurna region of Nepal, from which it is separated by a 5,200 m col. It was first summited in 1951 by Basil Goud Fellow. In 2012, the Mardi Himal Trek was opened, following a ridge towards the submit, with lodges and teahouses open to an elevation of 3,550 m with a further climb to ‘’Base Camp’’ at 4,500m. The Peak itself is classified by the Nepalese government as a ‘’trekking peak’’ and is offered by many expedition companies. By trekking from the east of Annapurna Base Camp trek, you can go to Mardi Himal. Mardi Himal Trek is about 6 to 8 days . You will get the chance to explore the beauty of Annapurna ranges, Lamjung ranges & scenic villages. 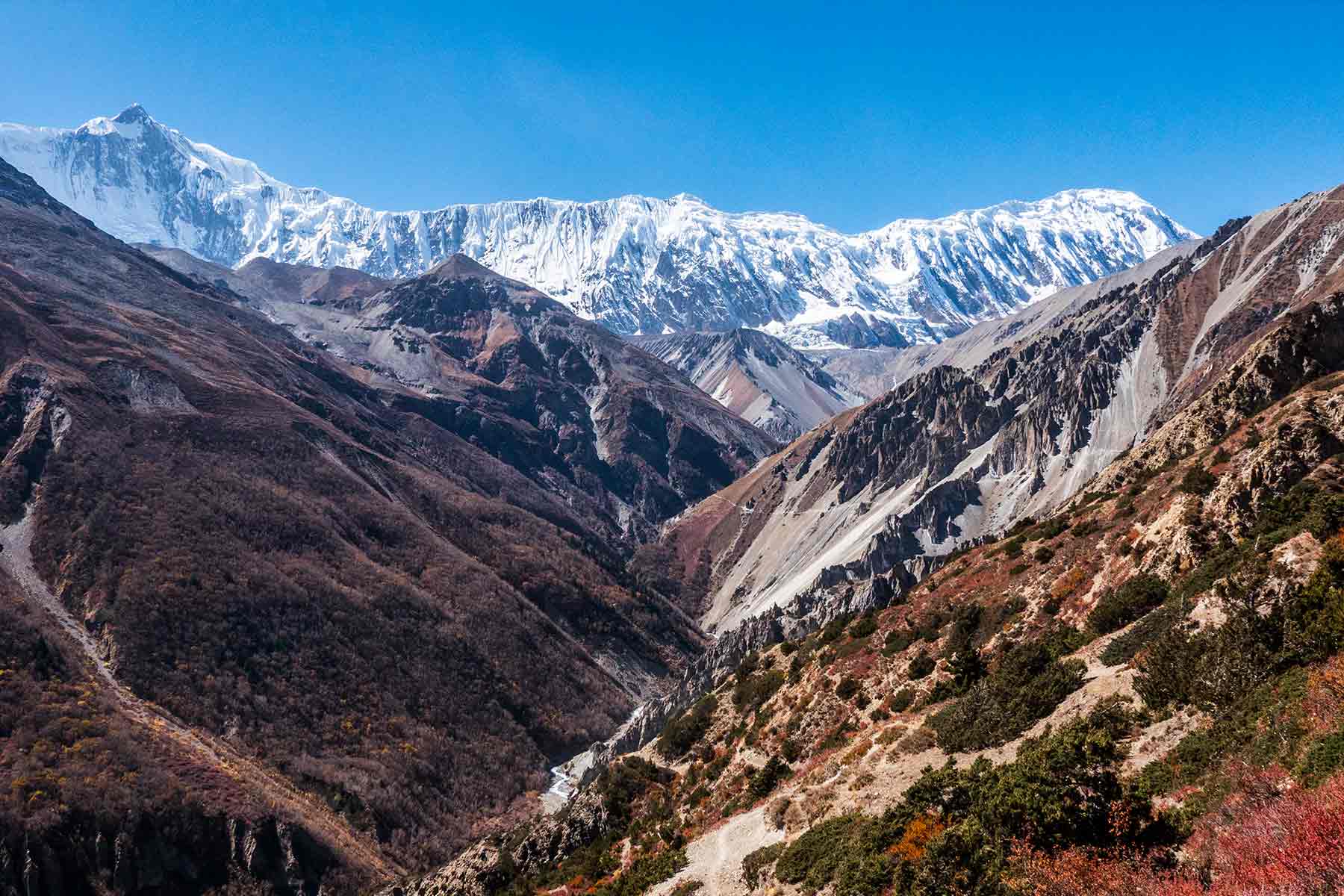 The Annapurna Circuit is a trek within the mountain ranges of central Nepal. This trek crosses two different river valleys and encircles the Annapurna Massif. The path reaches its highest point at Thorung La pass (5416m/17769 ft), touching the edge of the Tibetan plateau. Moreover, scenery and cultural diversity make Annapurna Circuit Trek one of the best long distance trek  in the world. The mountain scenery, seen at close quarters includes the Annapurna Massif,  Dhaulagiri, Machapuchhre, Manaslu, Gangapurna, Tilichho Peak, Pisang Peak, and Paungda Danda. Numerous other peaks of 6000-8000m in elevation rise from the Annapurna range. The trek begins at Besisahar, or Bhulbhule in the Marshyangdi  river valley and concludes in the Kali Gandaki Gorge. The Annapurna Base Circuit trek  usually takes about 15–20 days. Annapurna Circuit Trek is one of the best Trekking destination for Trekkers as because of the cultural, geographical diversity of that area. Annapurna Circuit Trek is Moderate level trekking destinations among other. 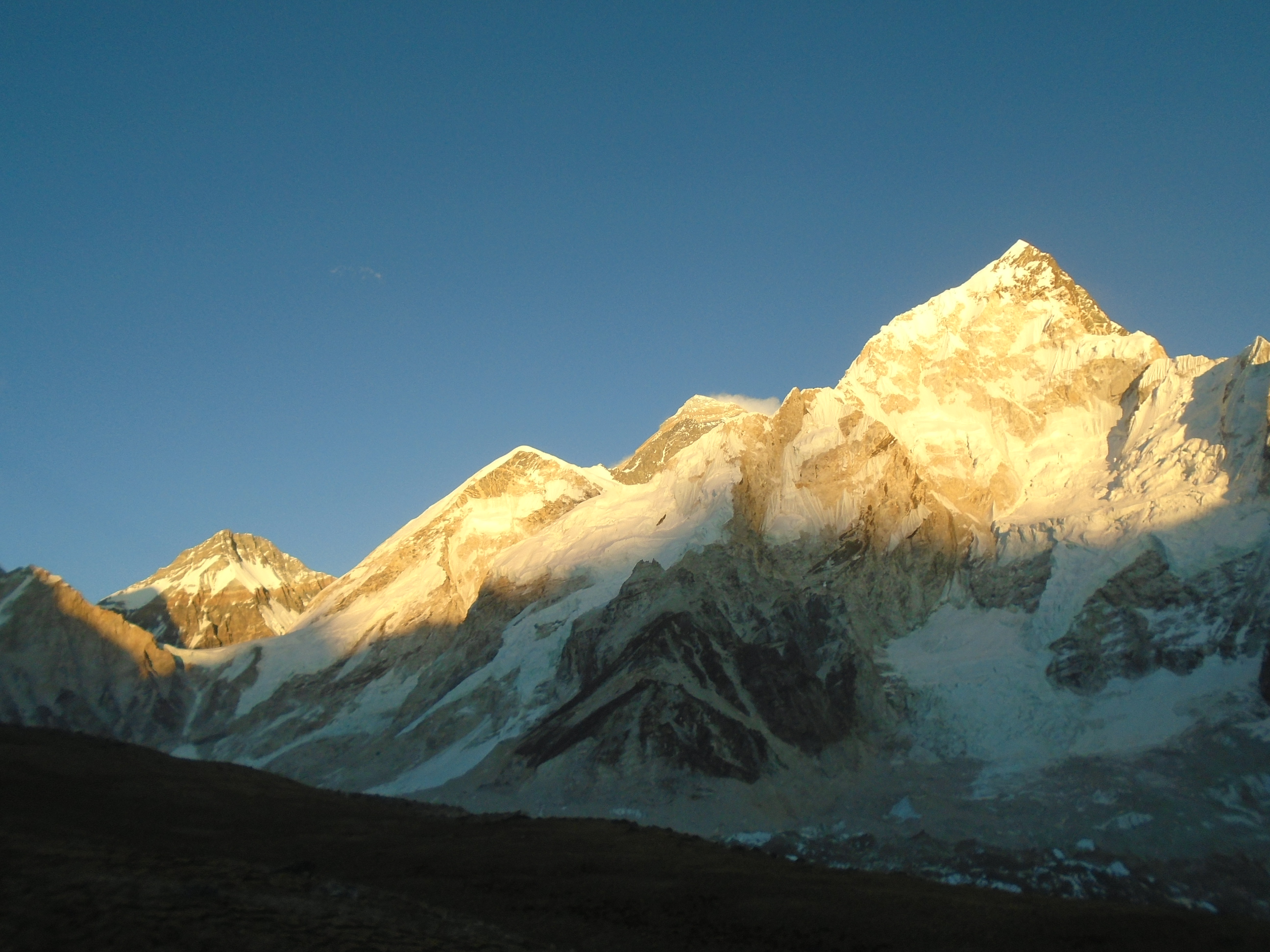 Everest Three High Pass Trek is also one of the Fascinating Trekking destinations for Tourists in Nepal. Everest Three High Pass Trek includes of crossing three high altitude passes, namely, Renjo La Pass (5,465 m), Cho La Pass (5,420m) and Khongma La Pass (5,535m). While this trek, you will get the chance to explore the 5 glacial Lakes of the Gokyo valley, to know about the cultural & traditional lifestyle of Sherpa Community. You can see the clear view of Mt. Everest from Kala Patthar during this trekking. This trekking is the most adventurous trekking for those trekkers, who are adventure lover. Tengboche Monastery, the highest monastery in the Khumbu region, and the Gokyo Lakes, the highest freshwater bodies in Nepal, are the major attractions of this Trek. 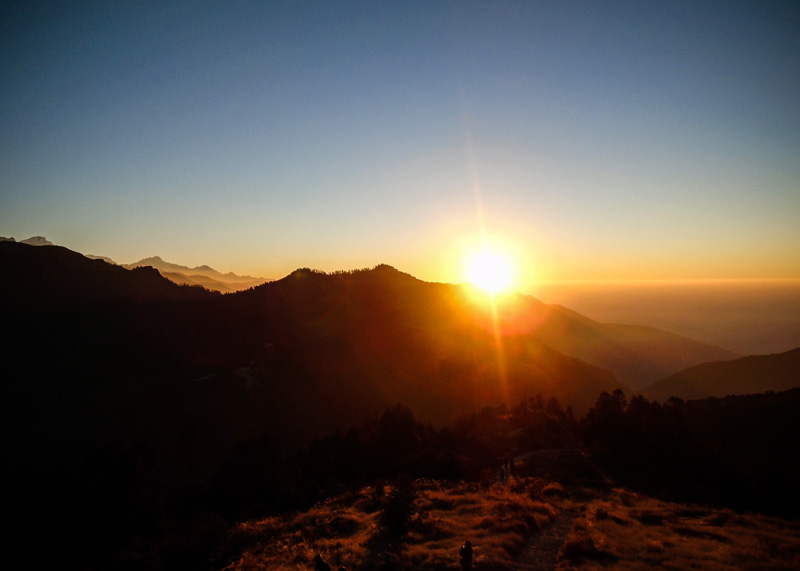 Annapurna Poon hill Trek with Hot Spring is a relatively easy 6-8 days trek of Annapurna Circuit Mountain Range. During this trek, we can reach up to 3210 meters, the foothills of Annapurna. You can Take your guide if you want to take during trekking for personal guideness. October to December is the best season for trekking in Nepal. You will get the hot showers from guest houses of those area as the weather is cold there. You don’t need to carry your own bag, you can hire Porter while trekking. Annapurna Poon hill Trek takes us through mountain villages, mistry forests, suspension bridges, which are really beautiful. 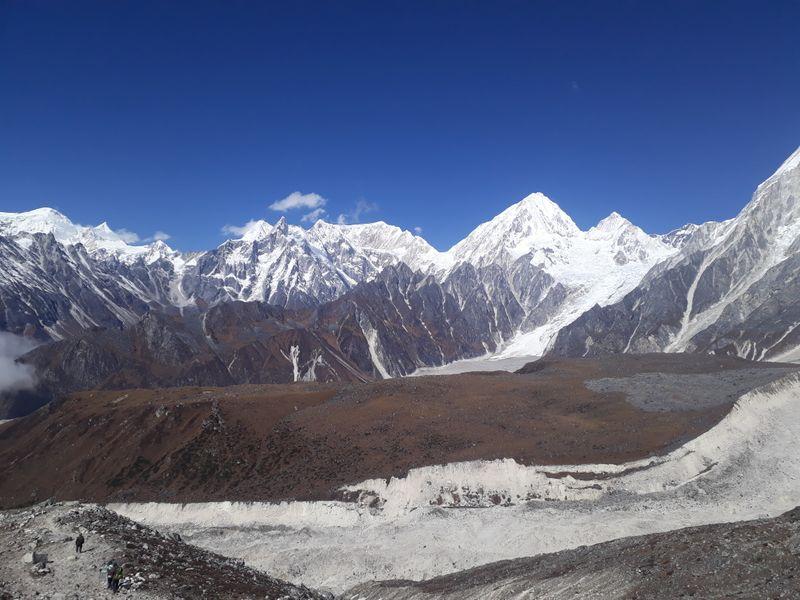 Although there are many trekking destinations in Nepal, Manaslu Trekking Larke Pass has always been one of the favorites for trekkers. Manaslu Trekking Larke Pass helps us to reach up to Mt. Manaslu (8,163m), the eighth highest Mountain in the world providing some of the best views of Himalayan ranges. The main attractions of this trekking are visit to Manaslu Base camp (4,800m) and the crossing of Larke La Pass (5,106m), which is the longest passes in Nepal. Manaslu is also known as Kutang. It provides views of the snow-covered mountains of the Himalayas and allows close interactions with the different ethnic groups who live in hill villages scattered along the trek route. This trek start from Soti Khola and extend into the Dharapani. 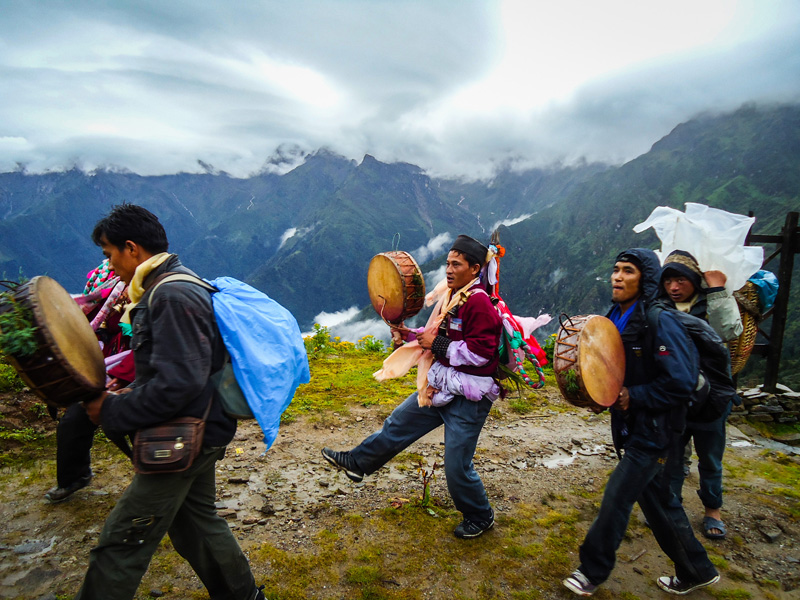 Here, we have described about the Top 10 Best Trekking  Destinations. Hope to see you soon in Nepal for Trekking. Have a Good Day.